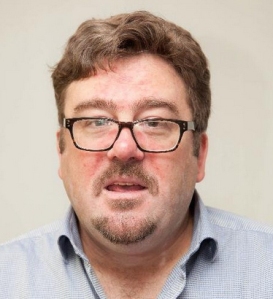 Richard Bailey, Ph.D, is a former university professor who now focuses on writing and public speaking. His work and interests meet on the intersection of physical activity, sports and human development. He received a doctorate of philosophy of education from University of Sunderland and has been a professor at a number of leading Universities in the UK. . He is co-editor of The Routledge Physical Education Reader, co-author of The SAGE Handbook of Philosophy of Education, and the author of Philosophy of Education: An Introduction and Physical Education for Learning: A Guide for Secondary Schools, among other books. He has conducted research on topics including gifted education, talent development, effective teaching and coaching, and the development of expertise.

“My interests include science, philosophy, education, martial arts and the insidious bullshit that threatens them”.

Footblogball: Is there a conflict between how children learn and how modern youth sports elite programs (early selection, specialise and train hard) are carried out that is causing an imbalance?

Richard Bailey: Yes, I think there is a significant conflict between how children learn and how elite programmes operate.  Until very recently, talent development programmes were designed without any reference or consideration to healthy development, and treated children like mini adults.  Let’s be honest, though, most elite sports programmes are not designed to meet children’s needs; they are designed entirely for adult ambitions.

Footblogball: Physical Education (as well as the arts) seems to have taken a back seat to other what are considered more important subjects in the school curriculum. With the concern for the rise in diabetes and the general health of children are we now reaping what we sow?

Richard Bailey: I don’t think this is necessarily true. Physical education and school sport was a major element of the last UK government’s education programme, and still carries a significant amount of central government funding.  It is true that physical education and the arts Have traditionally been marginalised within the school curriculum. And that is partly due to their inability to demonstrate value. But I think this is changing in many places.In answer to your specific question, I would like to see your evidence that there is a relationship between diabetes/general health and curriculum physical education. I do not think that relationship has been demonstrated.

Footblogball: Do you think that there is relationship between physical activity during the school day and educational performance? How does exercise effect brain activity in children? (I know VERY general question)

Footblogball: In your Psychology today blog “Leaning to move, moving to learn” there is a reference to questioning the standard ways in which schools organise and prioritise their various responsibilities. In reference to Youth sport organisations can we ask the same question?

Footblogball: My own personal coaching philosophy is “It is not how I coach but more about understanding how they learn”. Do you think that our coaching education programmes should place a greater emphasis helping coaches understand how humans learn? Surely if we develop an understanding for how our players learn then coaching becomes easier, your sessions become less coach-centric more player centred and it will easier for players to take control of the learning process?

Richard Bailey: Yes.  Although we do not know a huge amount about how people learn, and lots more research is needed in practical settings.  I also think planners of coach education programmes need to take their role more seriously, and design training that is much more challenging, and leads the participants to walk away better coaches.

Footblogball: Apparently 50% of all lifetime mental illnesses can be recognised by 14 years of age. This is not something that I have heard been discussed much within the context of athlete development and talent ID models.  Are we doing enough to identify this early on? Are we adults contributing to it with the demands and pressures that we put on kids?

Richard Bailey: I do not know what it means to say that 50% of all lifetime mental illnesses are recognised by 14 years of age. I very much doubt that is true, and I suspect it really means that the origins of many mental illnesses can be traced back to early adolescence.

But in answer to the question, I think sports doing almost nothing to identify and support mental health issues. Nor do schools.  And I have no doubt that intensive early training programmes can be harmful for both physical and mental health.  We are still very much in the dark ages as far as mental health is concerned, and it is not taken nearly seriously enough.